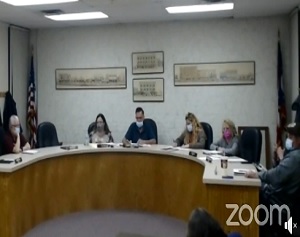 The city and the village of Dennison are reportedly taking their disagreement over an income tax agreement from 1998 that deals with Claymont High School to court.

Haney has voiced opposition to paying the amount owed under the agreement, claiming last year the deal was not legally binding and pressured Young to not pay the balance owed for the upcoming year, according to Cottrell.

“She advised that Mayor Haney and Service Director [Belle] Everett created a hostile work environment. Mayor Haney, after Jessica’s resignation, questioned her job performance and dedication to this city. Jessica Young was always willing to answer my calls. And provide any information that I requested. So I believe she was more than qualified to handle the job. Jessica Young was pushed out of her job due to the mayor and her questioning his actions.”

Cottrell further stated that Young claimed Haney told her she could face discipline from the state for making the tax payment to Dennison.

The city is expected to hire Becky Carpenter to fill the auditor position at the request of the mayor. Carpenter has been serving as the city’s assistant auditor.

Councilwoman Amy Myers said during the meeting that upon referencing minutes of prior meetings, no record has been found that the mayor was authorized to sell the listed equipment.

Haney contends that he was given approval.

Cottrell further claimed that Haney pressured council members to not be available for an emergency meeting at the end of the year, after he made three attempts to schedule one.

Haney responded to these claims Friday, stating that the accusations are unfounded and potentially retaliatory.

“I think a lot of this stems from other issues in the city, such as the tax issue. I recently filed a complaint against them with the Ohio Ethics Commission in Columbus. For some of the things going on in finance. Some of the things that are going on behind closed doors, outside of meetings.”

Haney further stated that he feels Cottrell has been unprofessional in his handling of council meetings and recently asked him to resign due to a lack of control and what he felt was “grandstanding.”

The mayor adds that he obtained signed affidavits from council members, former Mayor Terry Culbertson, and others that state the city allows the mayor to spend up to $10,000 without council approval, and that council did approve the sale of the two pieces of city-owned equipment.