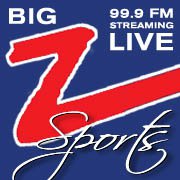 Who can stop the Generals?

What a night for high school football.

Do the words “for real” and “Ridgewood” appear side-by-side in the dictionary?

Week 7 of the high school football season is in the books, and not a single opponent has come within 22 points of the Generals. That’s even after arguably their two toughest games, back-to-back.

Quarterback Gabe Tingle possessed the fire you’d expect from a wily veteran, not a sophomore. Driven by a desire to continue to raise the bar and remove any shadow of a doubt of his ability, scampering for a 78-yard score, adding a 50-yard touchdown pass, rushing for a short-yardage dive into the end zone and being an all-around leader again, Tingle looks like he’s getting better as the season closes. He finished the night with 176 rushing yards and two touchdowns, paired with a 9-for-13, 159 yards and one touchdown passing clip.

The Generals’ defense forced multiple turnovers, returning two interceptions for scores, thanks to Javan Belt and Kauelen Smith. Garaway made things a little interesting in the second half after trailing 20-0 with a Matthew Mullen return to midfield followed by a touchdown strike from Garrett Newsome, but it was the only offensive noise they could manage.

Ridgewood now has Tusky Valley, Claymont and Newcomerstown left in what could easily be a path to 10-0. Garaway will look to regroup against 6-1 Indian Valley at home.

Do not, under any circumstances, take anything away from or downplay the skill of the Generals. There’s simply nothing else to say.

Billed as a potential slobberknocker, Indian Valley quieted the outside noise about a potential letdown the rest of the year, coming off a 31-9 loss. Five rushing touchdowns paced the evening for the Braves, with two for Zach Love, two for Shane Thorton and one for Cole Lancaster.

Pitching a shutout, Indian Valley’s gritty defense paces an offense that can grind opponents into submission. That much is known by this point of the year, but slowly, fans are seeing the fruits of the labor of the coaching staff. A mantra of always fighting, and never making excuses, worked wonders against the Trojans, who could have caught the Braves napping after their first loss of the year.

The Braves now have a Garaway squad hungry to erase their blowout loss to Ridgewood, followed by Tusky Valley and Claymont to round out the 2019 regular season.

Baron May might receive much of the praise for spearheading another win in 2019, but it was receiver Jent Joseph who brought the juice.

Joseph returned a punt 94 yards for a touchdown, and hauled in touchdown passes from 62 and 3 yards out. In all, the senior had 277 all-purpose yards … by halftime.

Caden Richmond and Austin Kohl each added pick-6’s to their names, while the Quaker defense as a whole netted 90 yards, their second-straight week of allowing less than 100 yards of offense to an opponent.

May had a stellar night, going 9-for-12, 182 yards and two touchdowns. But when your defense is humming and your offensive weapons around you explode for a running clock before halftime, it’s easy for those numbers to get lost in the shuffle.

New Phila is picking up steam, heading into all-important games against Marietta, Zanesville and Dover. Marietta is still tough at 4-3, but that Zanesville game intrigue grows by the day, considering the Blue Devils improved to 6-1 Friday night.

The Tornadoes could not afford to lose another one in order to salvage their playoff hopes.

Unfortunately, that’s just what happened against the Red Raiders. Behind early, Dover was locked in a shootout throughout, with both teams combining for over 100 points.

Junior quarterback Jack Ritts picked up four touchdown passes, while running back Xzavier Janczylik had three touchdowns on the ground with a kickoff return for a score for St. Francis.

Don’t be fooled by the 21-point deficit. Quarterback Ayden Hall went 28-for-38 with 271 yards and three touchdowns, while top-target Nathan Ravine hauled in 15 for 169 yards and two trips to paydirt. Even Dover’s rushing attack, not known for much output, got two touchdowns with Keaton Hall.

But defensive shortcomings doomed the Tornadoes. There were only four incompletions for St. Francis, while Janczylik averaged over 10-yards per carry.

Dover now has to deal with a dangerous Zanesville team, sitting at 6-1, next week.

Throwing just one incompletion in 13 attempts, Blair connected on five touchdown passes, vaulting him into sole possession of the most career touchdown passes in Stark County history, a record that stood for 13 years. Not only that, he even leapfrogged former Dover quarterback Derik Swinderman in state history for career touchdown strikes, now sitting in 32nd in that regard with 75.

Blair connected with Mason Tucci to tie the 73 mark, before connecting with Brendan O’Bradovich for the new mark, eventually rounding out the night with a 1-yard pass to Brodie Kelly.

There are other talking points from this one, including a dominant defense for the Cardinals and another rough evening for the Tigers, but all talk from Week 7 around Magnolia should surround the record-breaking nature of Blair.

Did we mention he’s still just a junior?

Noah Love plays every bit of the workhorse role for the Trojans, proving he’s got the magic touch with three touchdown carries against the Mustangs.

Love tallied off 159 yards on 32 carries with the aforementioned touchdowns. He even threw a touchdown pass as well. Quarterback Tanner Phillips completed just over 50 percent of his passes for 149 yards and two touchdowns.

The Claymont offense has shown it can rack up yards, but the turnover bug bit hard again. Quarterback Kadin Prusetti went 22-for-36 for 284 yards and two trips to the end zone, but was picked off twice. Running back Brody Rauch nearly had a 100-yard night with two touchdowns, but those performances were far from enough to push past three turnovers and deal with the 32 minutes of possession the Trojans racked up.

Coach Erik Henry from the Mustangs schemed up a different attack than normal, opting for 17 runs compared to 36 passes.

Tusky Valley has a mammoth test against Ridgewood ahead after their second win this year, while Claymont draws Newcomerstown next.

Locked in some touch competition with a 24-21 lead heading into the final frame, Buckeye Trail muscled their way to 14-unanswered points in the fourth to secure another big win.

The Warriors Isaac Hickman led the way with three touchdowns while adding 4.5 tackles on defense. Swiss Army Knife Jack Parry churned out a cool 79 yards on 12 carries, but his 13.5 total tackles, 1.5 for a loss and an interception, were where he really balled out.

It was not a perfect game for either side, with both teams committing two turnovers. But both sides played fairly efficiently, committing three infractions apiece. The Warriors now face the Saints of Tuscarawas Central Catholic next Friday.

It took awhile to get here, but the final stat-line is worth the wait.

TCC quarterback Alex Price was a machine, throwing for 352 yards and three touchdowns while adding 129 on the ground for an additional three scores. Those are otherworldly numbers for a high school quarterback.

Locked into a tight one, the Saints took over at midfield with 1:44 left to play. Price handled all eight plays that drive, eventually connecting with favorite target Bradyn Nussbaum for 13 yards and the game-winner with just 18 seconds remaining.

Nussbaum had a standout night as well, hauling in 14 passes for 251 yards and three touchdowns.

The Saints looked to be reeling in the playoff hunt with just a handful of games remaining, but now could be back in the mix in Division VII, Region 25.

Up next is a tough draw against Buckeye Trail.

The Rockets pulled close, but not quite close enough.

The duo of Ben and Ethan Mauge picked up the two scores for Conotton Valley, displaying a mixture of power and speed.

However, the early 16-6 lead for Cameron was too much, highlighted by a leaping, contested catch for Garrett Scott in the end zone.

Conotton Valley is home again next Friday against 2-5 Beallsville.

Following plenty of close calls on their quest for their first win of 2019, the Carrollton Warriors hit a major snag on Friday against Canton Central Catholic.

Plagued by an inefficient offense, the Warriors earned just 116 yards on 39 plays, marred by two turnovers. On top of that, defensively, Carrollton could not get CCC off the field, allowing 287 yards while the Crusaders were on the field for over 30 minutes.

A rough night for quarterback Austin Colletti paired with a sneaky good CCC team as the opponent, and things almost seemed doomed from the get-go.

Alliance, Canton South and Minerva represent the last three chances coach Jim Tsilimos will have to try and earn his first career win this year with his squad.

The narrative of scrappy underdog is overwritten, but West Holmes fits the bill too perfectly.

The Knights had this one within reach, leading 17-7 heading into the fourth quarter. Then the Minutemen grabbed the lead with six minutes left. Senior Hayden Baker ended up putting West Holmes on the plus side of things again with a minute and a half to go, scoring his second touchdown of the night.

But the bend-but-don’t-break defense finally let one too many through, as Keith Thomas pounded in a 1-yard touchdown run with just 18 seconds left for the Lexington win. Quarterback Cole Pauley tallied 85 yards on the final, game-winning drive.

West Holmes performed fairly well, albeit with two turnovers. Sophomore Noah Clark was kept out of the end zone through the air, but had a mostly efficient night, even with an interception. The Knights committed just one penalty and fought hard again. But, being almost on the winning side of things is not where coach Zach Gardner wants to be, nor will he let his players settle for that either.

West Branch, Ashland and Mt. Vernon round out the year.