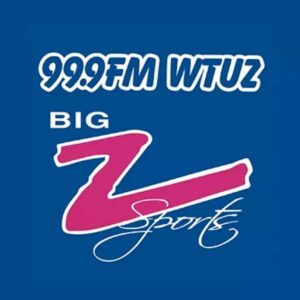 At least one time a year, it seems Mother Nature plays a cruel trick on the high school football season, but a brush with incoming thunderstorms didn’t slow the New Philadelphia offense.

West Holmes and Dover, however, were not so lucky with their evenings, seeing each respective contest pushed to Saturday due to storms.

Elsewhere, in regular season games, Tusky Valley was back in the win column, while Strasburg and Conotton Valley are searching for answers following rough nights.

Strap in for another playoff edition of the Weekly Roundup, brought to you by Parkway Quick Lane.

Redemption was the name of the game for the Quakers Friday night, hosting the Green Men who knocked them out of the playoffs in 2019.

Sure, Logan Ortt, Reise Meechan, Caden Richmond, Caden O’Neill and others put their names on this game offensively. But all you need to know is five rush yards allowed by New Phila’s defense, thanks to Danny Gonzalez and Mitchell Stokey.

That kind of effort, paired with another interception by linebacker Matthew Beach and a Stokey fumble recovery, helped keep the Quakers on the right side of the scoreboard.

O’Neill threw for 96 yards on eight completions, rushing the ball for 42 yards and scoring two total touchdowns. It was the kind of easy-going, efficient offense that’s propelled New Phila all year long.

Meechan rushed 20 times for 104 yards and two touchdowns, while Ortt banged home a short run across the goal line as part of his 53-yard night on the ground.

The play of the night came from receiver Drew Dummermuth, who caught four passes for 47 yards, including one highlight-reel snag over the middle, even while taking a hard shot from the Aurora defender to set up a touchdown.

The Quakers now await the result of Chardon versus Geneva, another contest that was pushed to the side due to lightning.

The Trojan offense came so close to picking up a win last week in a shootout, but they did not need to match the score of their opponent with quite as much intensity this time around.

Tesch had his angry running style back with 14 carries for 163 yards, while quarterback Tanner Phillips had 126 total yards and two touchdowns.

The game was called before the final whistle, but given how the Trojans controlled both sides of the ball, the outcome was determined at that point.

The Trojans forced three turnovers, and converted five of their seven third-down attempts, while outgaining the Tigers 343-258.

Strasburg got a great performance out of wide receiver turned quarterback Tayshaun Curtis, who threw for 197 yards, going 11-for-18 with a touchdown but the costly interception. He added a bruising run for touchdown, with 12 carries for 36 yards.

Jaden Williaman led all receivers with six catches for 110 yards and a score.

On senior night for the Black Bears, a stout River View rush offense hammered away at Newcomerstown all evening in another rain-shortened game.

The Trojans were within striking distance at the end of the first, trailing 15-8, before River View went on a run to put up their second most points this season.

That comes after a 62-40 shootout with West Muskingum last week.

Newcomerstown fell to 1-7, still struggling to find their offensive identity.

Not much in terms of stats from this one unfortunately, with the Trojans still eligible to play two more games before the end of the year.

The Rockets found themselves on the wrong end of a lopsided score, even after knotting things up at halftime.

The only Conotton Valley score came from Ben Mauge hooking up with Garson Imes from 20 yards out in the closing seconds of the second quarter. Mauge finished the night 8-for-17 for 104 yards and that score, along with an interception. He also added 33 yards on eight carries. Evan Rice led the team with 70 yards on 10 carries.

It was all Cee-Bees when the teams came back out of the locker room, with sophomore quarterback Carson Shriver going off for 203 yards on 38 carries and three touchdowns, and 103 yards and a touchdown through the air.

Outside of a 60-yard pick-6 from Noah Sollars late in the fourth quarter, Shriver had a hand in every Cee-Bee score.

Overall, it was a rough day for Conotton Valley, whose offense sputtered without Maddox Walter, with five turnovers keeping momentum firmly on the side of Clay-Battelle.

The Rockets are scheduled to meet Strasburg next Friday.

Dover and West Holmes will kickoff Saturday at 3:30 p.m. and 4 p.m., respectively.