What to Bring to the Polls 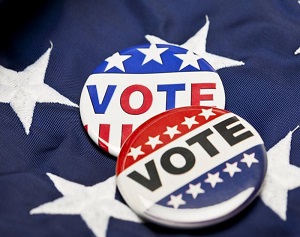 Nick McWilliams reporting – As Ohio’s second Primary Election in 2022 gets underway, the local Board of Elections is offering tips on what to bring.

A relatively unprecedented occurrence in the state, the second primary for
the Ohio Senate, House of Representatives, and Democratic and Republican Central Committees spawned from ongoing disputes over legislative maps for districting.

In addition to paying close attention to changes for legislative districts prior to hitting the polls, all voters need to remember some form of certified identification, according to Tuscarawas County Elections Director Gail Garbrandt.

“An Ohio driver’s license, a state ID card, a utility bill or a major credit card bill, as long as they are not older than one year. They can also bring a government check, a military ID, or a concealed carry permit.”

Given the status of being a second primary, with unopposed races for the Senate and House including Al Landis and Brett Hillyer, lines are not expected to be long, but voters are still advised to arrive early.

Tune in to 99.9FM following the closing of polls for election updates.