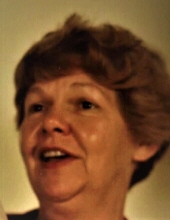 Colleen Seikel, 95, of Seminole, Oklahoma, and formerly of Canal Fulton passed away on Tuesday, November 29, 2022.

She was born on December 26, 1926, in Dover and was the daughter of the late Lester and Maude Gordon McGovern. Colleen was also preceded in death by her husband, Sam Seikel on April 13, 2001; sons, Peter and Joseph Seikel; sisters, Jo Anne Weaver and Nancy McGovern. She is survived by her daughters-in-law, Wilma Seikel of Oklahoma and Ellen Seikel of Tennessee; grandchildren, Erin (Jeremiah) Bennett and Matthew (Jana) Seikel; five great-grandchildren; sister, Bonnie (David) Savage of Dundee and brother, Lee McGovern of Canton.

There are no calling hours or services.

To send flowers to the family of Colleen, please visit our floral store.