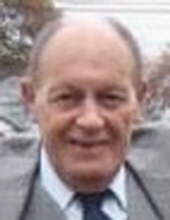 Born May 20, 1948, in Coshocton, he was the son of the late Wilburn and Hazel Bradford Hopkins. Don attended Coshocton High School and was employed as a truck driver by Hox Recycling of Millersburg for many years, which was a job he very much enjoyed.

In addition to his parents, Don was preceded in death by his life partner, Olive Blair; and his brothers, Terry, Jim, and Bill Hopkins.

Cremation is under the care and direction of the Toland-Herzig Funeral Home & Crematory in Dover. Don’s family is planning a memorial gathering in the future.

To send flowers to the family of Donald, please visit our floral store.