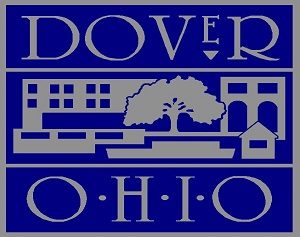 Nick McWilliams reporting – Due to issues fully staffing certain positions, the city of Dover is hoping to attract employees with increased pay.

Dover officials expressed concerns about positions like lifeguards, crossing guards, and even seasonal trainee linemen, who Service Director Dave Douglas says assist with tasks such as mowing and other general maintenance for departments like street and cemetery.

Interim Mayor Shane Gunnoe says that the city is trying to match rates in other municipalities, and stay in line with changing financial standards, first noting increases for lifeguards.

“We’re trying to keep up with the obviously rising wages. Minimum wage goes up every year in accordance with the cost of inflation. So it’s going to go from $9.30 to $10.10. We’re trying to, one, stay in front of that. And two, obviously, to go beyond that and increase our competitiveness in the marketplace right now.”

Seasonal trainee lineworkers will be bumped up to $12, Memorial Hall maintenance and security staff will be paid the same rate, and crossing guards will be increased to $12.50 an hour.

All positions will also see a 10 cent increase each year that they return to the job, in addition to the standard rises in minimum wage.

Some council members like John Correll were hesitant of the raises, namely due to what he felt was not enough incentive to be a consistent employee through multiple seasons.

Councilman Kevin Korns wants to see a closer look at other cities that employ similar employees and what they receive for compensation.

Council tabled the discussion for the time being, and urged anyone interested in any positions to visit the city’s website or stop by City Hall for an application.