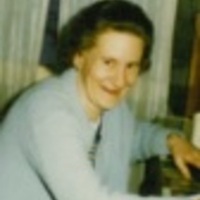 Emmajean Crites, 83, of Uhrichsville, formerly of Bowerston, passed away on Saturday, December 3, 2022, at Claymont Health and Rehabilitation in Uhrichsville, after a period of declining health. Born September 1, 1939, in Dennison, she was the daughter of the late Francis R. and Helen M. (West) Streeter.

A lifelong area resident, Emmajean was a former member of Feed Spring Church and Dennison AmVets Auxiliary #4077. She was a dispatcher for area cab companies for a number of years, including Wolf Cab, Freeman Cab, and Twin City Cab. Later in life, she was employed by Goodwill Industries.

On January 4, 1975, she married James William Crites with whom she enjoyed 27 years of marriage until his passing on February 19, 2002. She was also preceded in death by her sister, Nancy I. Smitley, and brother, Glen Streeter. She is survived by several nieces and nephews.

A graveside service for Emmajean will be held at 10:00 a.m. on Thursday, December 8, in Longview Cemetery at Bowerston where she will be interred beside her beloved husband. In lieu of flowers, memorial contributions may be made to Bowerston Volunteer Fire Department and Emergency Squad, PO Box 138, Bowerston, OH  44695.