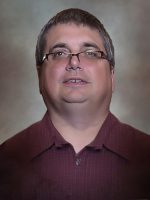 Born in Union Hospital in Dover on December 13, 1966, Jeff was the son of Sandra Kay Beckley of New Philadelphia and the late Orlo Beckley.

Jeff was a 1986 graduate of New Philadelphia High School and remained a lifelong Quaker supporter having attended as many Quaker football and basketball games as he could for many years. He was also an avid fan of The Ohio State University Buckeyes football team, as well as the Cleveland Indians and Cleveland Browns. He enjoyed being outdoors doing yard work and mowing and faithfully supported and attended events in which his nieces and nephews were involved.

Professionally Jeff worked for Buehler’s Fresh Foods Grocery store in Dover for more than 30 years where he had many friends among staff and customers alike.

In addition to his mother, Jeff is survived by a sister, Lisa (Charlie) Finton of New Philadelphia; a brother-in-law, Steve Kelley of New Philadelphia and his nieces and nephews, Chris (Nikki) Finton, Kurt Finton, and Brittany (fiancée, Brock Daugherty) Finton, Kaylee (Patrick) Ammar of North Ridgeville and Brennon Kelley and their families.

In addition to his father, Jeff was preceded in death by his sister, Lori Ann Kelley on October 20, 2022.

The family will greet guests on Monday, November 7, 2022, from 9 – 11 AM in the Linn-Hert-Geib Funeral Home & Crematory at New Philadelphia where Pastor Harley Wheeler will lead a service celebrating Jeff’s life beginning at 11 AM. Burial in Sherrodsville Memorial Gardens will follow. The family invites guests to join them after services for a time of food and fellowship in Spencer Hall at the Broadway Global Methodist Church.