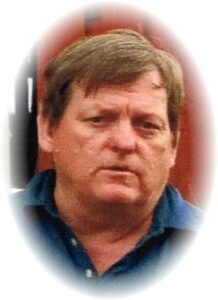 He was born July 26, 1952, in Olney, Illinois, and was the son of the late Raymond and Mildred Imogene Fritchley Nicholas. In addition to his parents, he was preceded in death by his first wife, Sharon Ann Frederick Nicholas, who died on April 4, 2017, and a brother, Steven Nicholas.

Johnnie was a former employee of Novelis (formerly Aleris) at Uhrichsville where he was employed for 30 years. He also owned and operated Nicholas Construction at Sherrodsville. He worked hard all of his life to provide for his family.  He served his community as a former member of the Sherrodsville Village Council. In his spare time, he was fond of attending auctions of all types and enjoyed playing golf. Johnnie possessed a pleasant disposition and exhibited kindness, and he was always at ease with people. He loved to joke and “flirt’. He will be missed by his family and many friends.

He is survived by his wife, Jennifer Ann Swarny-Nicholas, whom he married on October 1, 2021, his seven children Johnnie R. Nicholas, II of Akron, OH, Cinnamon Perry of Louisville, OH, Raymond Nicholas, Barbarella Nicholas of Canton, OH, Anthony (Palav) Nicholas of Uhrichsville, OH, Cheyenne Nicholas and Alex Nicholas, both of Sherrodsville, his step-children Timothy Frederick of Barnhill, OH, Theodore Enold and Melissa “Missy” Enold, both of Louisville, Isabella Swarny and Wyatt Swarny, both of New Philadelphia, two sisters, Mrs. Becky (Jim) Szasz of Kissimmee, FLA,  and Georgia Machamer of Louisville and a large family of grandchildren and great-grandchildren.

Funeral services will be conducted at 11:00 A.M. Wednesday,  December 7, 2022, in the Baxter-Gardner Funeral Home at Sherrodsville. Calling hours will be held Tuesday from  6:00 P.M. until  8:00 P.M. in the funeral home. Interment of his ashes will follow at a later date in the Sherrodsville Memorial Gardens. To leave an online condolence message please visit the funeral home website.

To send flowers to the family or plant a tree in memory of Johnnie Ray Nicholas, please visit our floral store.