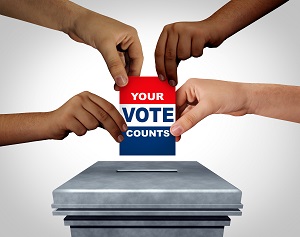 Mary Alice Reporting – In even number years, an audit is required for each election and November’s revealed complete accuracy.

The post-audit is a comprehensive review of results to verify that an election was precise, with a bipartisan team comparing results to hardcopies.

Tuscarawas County Elections Director Gail Garbrandt explains that at least five percent of the total ballots must be audited. For the local office, 30,954 ballots were casts in the general election.

One countywide contested race chosen by the county board and it was for the full-time commissioner’s race. Of all three races, according to Garbrandt, the accuracy rate was 100 percent.

Garbrandt says they are already looking into 2023 as applications for absentee ballots can be picked up in January. Potential candidates running in May will have to file by February 1st.

“In the primary you’re going to see candidates for mayor in the three cities, so Dover, New Philadelphia, Uhrichsville, and you’ll see those city treasures, auditors, some council people, and then any liquor options that are filed.”

In odd numbered election year’s, voter turnout typically drops but she stresses the importance of casting a ballot of the local races since those elected officials are easily accessible and are the ones making decisions where people live.

Those looking for more information on elections, absentee ballots, or voter registration can go online to www.boe.ohio.gov/tuscarawas.