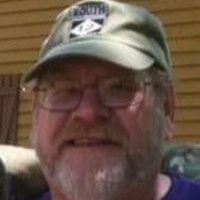 After his graduation from Sandy Valley High School in 1977, boB attended Kent State University where he earned an Associate Degree in Mechanical Engineering. He also attended The Ohio State University where he obtained his private pilot’s license which was one of his proudest accomplishments. He was a career truck driver who had driven for Berner Trucking, Vision Express, and Tusco over the years. In his spare time, he was an avid sailor, a BMW motorcycle enthusiast, and an aviator who also loved flying kites, traveling to the Outer Banks, and hanging out with his many friends. He was a member and Past President of the Uhrichsville Eagles.

According to boB’s wishes, cremation is planned. His family plan a celebration of his life for a future date, and details will be provided on this website as soon as they are confirmed. In lieu of flowers, memorial contributions may be made to the American Heart Association.05/24/1959

To plant Memorial Trees in memory of Robert A. Keeney, please click here to visit our Sympathy Store.