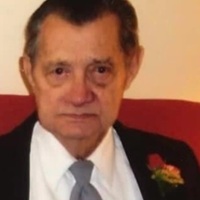 Robert Eugene Haas, 90, of Uhrichsville, is now in the Father’s House. He was called to his heavenly home on Tuesday, November 1, 2022, from Claymont Health and Rehabilitation in Uhrichsville. Born February 4, 1932, in Dennison, he was a son of Alvin and Catherine Laura (Schumacher) Haas who is now in Heaven.

Robert was a graduate of Kent State University, as well as a pastor college. He worked at Clark Provision, U.S. Concrete (as a chief electrician), taught electricity at Buckeye Joint Vocational School, was the maintenance supervisor and head electrician at New Towne Mall when they opened and worked for himself – servicing many pizza shops, Twin City Greenhouse, Harcatus, and area restaurants. There weren’t many jobs he didn’t do! He was also a graduate of a detective training school. Robert was pastor and founder of God’s Family Church in Bowerston, until a stroke that caused him to give that up, but he still preached in many local churches. Most recently, he has been a member of 11th Street Church of God in Uhrichsville since 2011.

On February 6, 1952, Robert married his hometown sweetheart, the former Catherine Jane Lester, with whom he enjoyed 70 years of a loving marriage. She survives him along with their children, Alvin Eugene (Robin) Haas, Daniel Albert (Jannette) Haas, and Kathy Jean (Charles) Morain; and many grandchildren and great-grandchildren. Robert is also survived by his sister, E. Joan Devore; sister-in-law, Katie Haas; and many nieces and nephews. In addition to his parents, he was preceded in death by an infant son, Robert E. Haas, Jr.; sisters, Wilma L. Rapport, Pauline Hodkinson, Thelma L. Armstrong, and Betty L. Cady; brothers, Alvin “Bimbo” Haas, Jr. and James D. Haas; and half-brothers, Don Stewart and Walter Stewart.

In keeping with Robert’s wishes, Pastor Earl Miller will officiate a 1:00 p.m. memorial service on Friday, November 4, 2022, at the R. K. Lindsey Funeral Home in Dennison. Family and friends are invited to call at the funeral home from noon until 1:00 p.m. on Friday, prior to the service. In lieu of flowers, memorial contributions may be made to the Salvation Army. Robert’s final message is to say, “This is not goodbye, friends and family. I’ll see you all in Heaven if you are born again and accept the Lord as your Savior, and then we’ll meet again.”