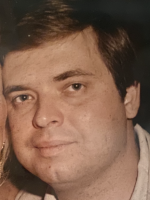 Robert R. Pietro, 65, of Dover and formerly of Largo, Florida, passed away in the Community Hospice Truman House on November 13, 2022, following a short battle with cancer.

Born in Dover on May 15, 1957, he was the son of the late Robert and Carmalita (Burford) Pietro. After graduating from Dover High School in 1975, he continued his formal education at The Ohio State University.

Bob was a gifted musician. At the age of 25, he met his soulmate and later his wife, the late Barbara A. (Wessel) Pietro. Together, they lived and worked together in the music business. They especially enjoyed performing on the piano for individuals who treasured music from the 40s and 50s. Additionally, Bob was an avid golfer, fisherman, and pet lover.

Together with Barb, Bob raised her two children, Kelly and Mark, who survive.

Bob will be deeply missed by his sisters Irene (Randy) Kamban of New Philadelphia and Sylvia (Rod) Dessecker of Dover; sister-in-law, Kathy Pietro of Florida. He was also greatly loved by his nieces, nephews, great-niece and great-nephews.

In addition to his parents, Bob was preceded in death by his best friend and brother, Daniel Pietro.

Inurnment will take place in Dover Burial Park alongside his parents.